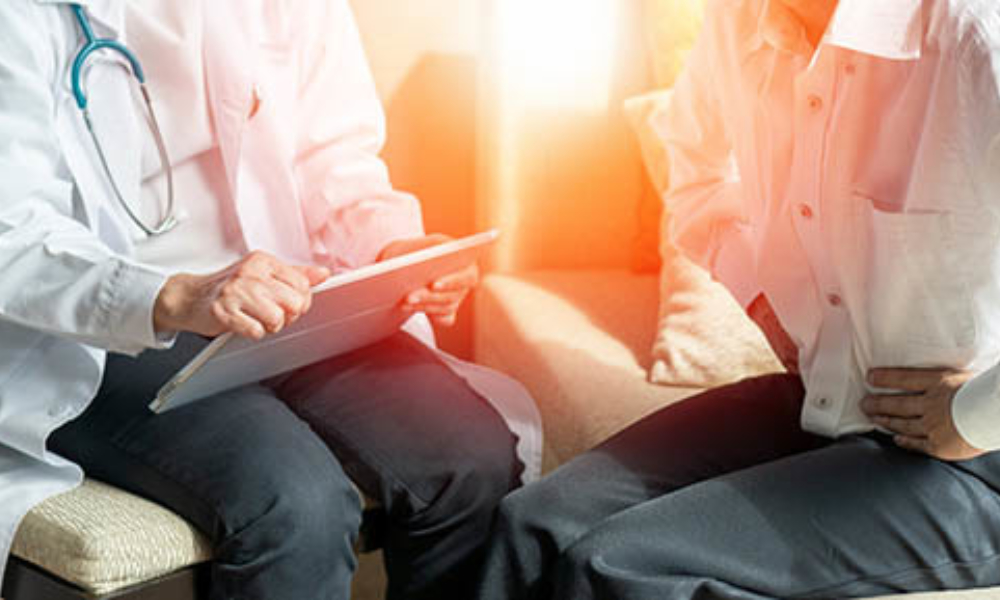 Irritable bowel syndrome (IBS) is a common digestive disorder that affects people differently. Although one person may experience constipation and diarrhea, another person with IBS might have chronic constipation, abdominal pain, and bloating. We will review three types of IBS diagnoses.

The good news is that treatments can help you manage your type of IBS and its symptoms and lead an everyday life.

This type occurs when someone has loose, watery stools at least 25% of the time. They also experience bloating and abdominal pain more than diarrhea.

IBS-C is the most common subtype of IBS. This type is often characterized as hard or lumpy bowel movements and straining and infrequent bowel movements. People with constipation-predominant symptoms also report feeling bloated or having a sense of incomplete evacuation after going to the bathroom.

This type of IBS seems to be triggered by changes in the colon that lead to a slowing down of peristalsis (the rhythmic contraction of muscles that push food through the intestines). Certain foods can trigger constipation in some people, such as dairy products, wheat, and foods that contain fiber.

This type occurs when someone experiences loose, unformed stools at least 25% of the time with severe cramping and urgency to defecate. Spasms or pain can occur anywhere in the abdomen or rectum.

Someone with IBS-D will likely experience a strong urge to have a bowel movement just before and during a stool. This is often associated with nausea, vomiting, fatigue, and excess mucus in the stool. Usually, abdominal pain accompanies episodes of diarrhea, ranging from mild to severe.

Some people have reported that their symptoms are caused by certain foods such as milk products, fats, or spicy food. These types of food are known to increase the motility of the intestines.

People with this type experience symptoms from both constipation and diarrhea subtypes. They might have constipation followed by diarrhea or vice versa. They may also experience gas, bloating, abdominal pain, and fatigue after eating foods that trigger IBS symptoms. Along with an urgent need to defecate immediately before having a bowel movement.

IBS-M can be influenced by anything that changes muscle contractions within the colon.

How Can Having IBS Affect My Everyday Life?

IBS has been reported to be both physically and psychologically stressful for those affected by it. Some studies have shown that IBS sufferers have a higher rate of psychiatric disorders such as anxiety and depression compared to the general population.

The reason is most likely linked to how people perceive this disorder, which others may not understand or diagnose correctly without proper testing. This lack of understanding or a misdiagnosis can lead people with IBS to feel frustrated and depressed because of their condition. Some people even avoid social situations because they are embarrassed by their symptoms.

What Are The Treatments For IBS?

Treatments for IBS sufferers vary. For some patients who do not respond to over-the-counter medications, prescription drugs may be necessary to help control symptoms associated with this disorder.

Some studies have shown that antidepressants can help reduce anxiety in some people, which may improve the overall quality of life and reduce bowel movements. These medicines usually take about 4 - 8 weeks before any improvement.

It is also recommended that an elimination diet be pursued to detect food sensitivities that may trigger IBS symptoms. Eating can trigger symptoms of IBS in many people because it stimulates contractions by the intestinal muscles, which increases motility.

If this method is not adequate, eating smaller meals at various intervals throughout the day rather than three large ones may keep bowel movements stable.

Other foods that cause problems include caffeinated beverages, alcohol, dairy products, and fatty/fried foods. Staying hydrated is also very important as dehydration can lead to constipation if fluids are not taken regularly during the day.

Alternative remedies may also be tried as they have been known to help many people with IBS. These include acupuncture, hypnotherapy/hypnosis, massage therapy, herbal medicines, meditation, and yoga.

Needham Gastroenterology Associate professionals are here to help if you believe you may be suffering from IBS. Many diseases share the same symptoms as IBS, so we encourage you to contact us and set up an appointment so we can help diagnose what is causing these issues and find an effective treatment.