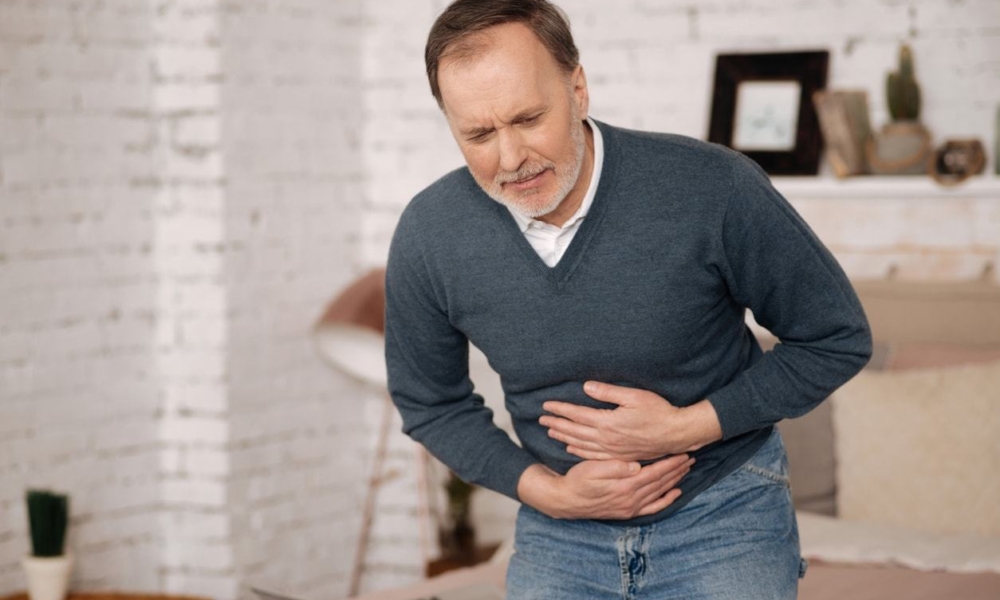 Are you feeling pain in your abdomen on a regular basis? Constant cramping or an intense burning sensation? Do you have diarrhea or feel the need to use the bathroom, but find that you’re constipated? You may associate these feelings with irritable bowel syndrome (IBS) and begin recounting your previous meals to determine what upset your stomach. These are also some of the symptoms of a more serious disease—inflammatory bowel disease (IBD). Symptoms associated with IBD will not let up anytime soon and are not dependent upon your last meal. Before you run to the nearest pharmacy, learn what IBD entails and get ready to pick up the phone. It might be time to contact us at Needham Gastroenterology.

Inflammatory bowel disease is actually a broad term encompassing chronic illnesses like Crohn’s disease and ulcerative colitis. When a part of the digestive tract—which breaks down and processes all food—becomes swollen or inflamed, IBD is diagnosed. Symptoms of IBD can range from mild to severe and are usually dependent on the location of the inflammation. Some people who have been diagnosed with IBD experience a progression of severity in their symptoms but the majority of those diagnosed go through a period of time known as remission, when symptoms are not present.

Symptoms that are shared between Crohn’s disease and ulcerative colitis include:

Crohn’s disease can be found at any point in the digestive tract from the mouth to the anus. It can even be found in patches throughout the digestive tract. Most people diagnosed with Crohn’s have inflammation in the ileum—the base of the small intestine where it connects to the large intestine. Unfortunately, Crohn’s disease is chronic and comes with life-long symptoms, but don’t let that stop you from seeing a gastroenterologist! While a cure has yet to be discovered, there are many options for treating the symptoms so that you can live without pain and discomfort. The goal of all treatment plans is to reach the point of remission and then stay in remission. Crohn’s disease can occur at any age, but is commonly diagnosed in patients under 20. For this reason, it is important to watch for signs of declining weight and other signals that an adolescent in your home may be experiencing symptoms.

Unlike Crohn’s disease, Ulcerative colitis (UC) is confined to the large intestine, or colon. The tissue lining the large intestine often leads to the formation of ulcers. With UC, many people experience more rectal bleeding since the inflammation is in the colon. UC is known to be a bit of a wild card. Symptoms may get more severe over time or come on suddenly. While many people diagnosed with UC experience a period of remission, a flare-up of symptoms is likely and may come without any warning. Even though UC is also a chronic illness, treatment is available to help manage the symptoms. As with Crohn’s treatment, remission is the goal of all treatment plans and is likely to be achieved.

There are no specified causes of inflammatory bowel disease. At one point doctors believed inflammation was caused by stress or certain foods, but that theory has been rejected. Stress may trigger a symptom, but it certainly doesn’t cause the disease. Nor is IBD caused by something you ate. Most doctors currently believe that genetics plays a major role in an IBD diagnosis. If a blood relative has either Crohn’s disease or ulcerative colitis, you have a 20% chance of also being diagnosed. Genetics may also indicate an abnormality in your immune system that creates inflammation in your digestive tract. When a virus or bacteria enters your body, your immune system gets to work fighting off the unwelcome visitor. In the case of an abnormality, your immune system begins attacking cells in your digestive tract. We want you to have all of the facts so that you know IBD is not your fault, and there’s nothing you could have done to prevent it.

While IBD may be something you have to deal with for the rest of your life, you’re not alone! Our team at Needham Gastroenterology is dedicated to finding the perfect treatment plan for you. Once diagnosed, it is important that you maintain the suggested appointment schedule, take your medications as directed, and report any sudden changes in your condition promptly to your gastroenterologist. IBD can be managed but it can also have many potentially serious side-effects. We want to walk this road with you, helping you achieve—and maintain—remission. If you have a family history of IBD or have experienced any of the symptoms associated with IBD, it’s time to schedule an appointment with us. What are you waiting for?