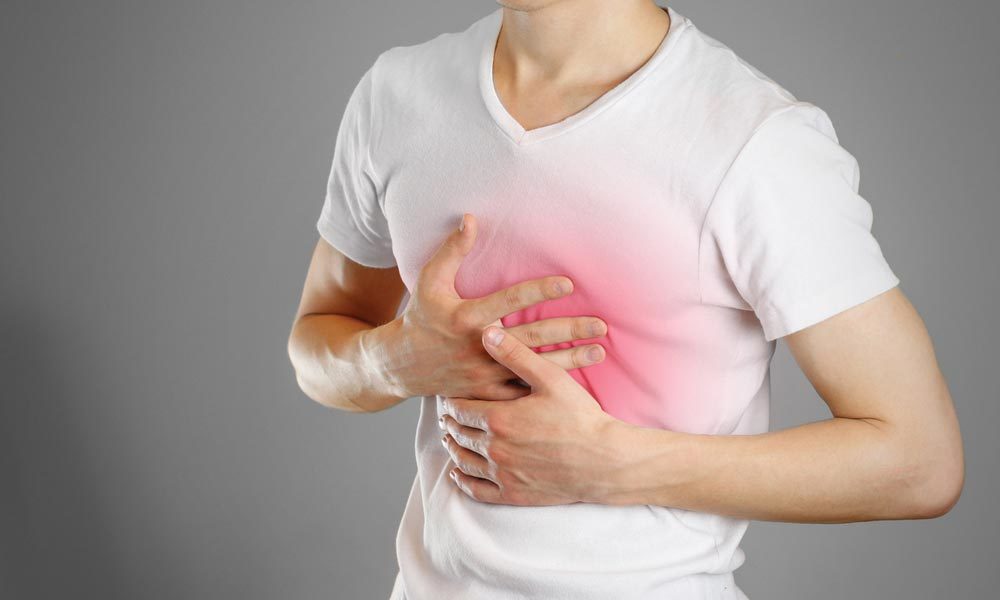 With so many treatments being offered over the counter for heartburn today, it’s no wonder so many people don't realize it could be dangerous if left untreated. The fact that heartburn is such a common problem makes it easy to accept as normal. Many people don’t realize that something they think of as a mild nuisance could be a sign or symptom of a serious condition. The physicians at Needham Gastroenterology Associates are dedicated to helping patients learn the cause of their heartburn before it turns into something worse.

The esophagus is the section of the digestive tract that runs from the larynx to the stomach. It is a muscular tube that is lined with moist pink tissue called mucosa. The esophageal sphincter is a valve that sits at the bottom of the esophagus. The valve closes tightly behind food that empties into the stomach. Normally, the valve keeps food in the stomach from backing up into the esophagus.

The purpose of the esophagus is to serve as a gateway for food and drinks to travel from the mouth to the stomach. In spite of its limited purpose, it is prone to a number of conditions and disorders. Gastroesophageal reflux disease (GERD) causes heartburn when the valve in the esophagus doesn’t work properly. The stomach contents irritate the esophageal lining, causing the familiar burning sensation known as heartburn. GERD can also cause acid regurgitation when the acid from the stomach comes through the chest and sometimes into the mouth.

How GERD Leads to Barrett’s Esophagus

Barrett’s esophagus occurs as a complication of GERD. The condition typically occurs in those people who have experienced GERD symptoms for a long time or from an early age. The frequency of symptoms or their severity doesn’t make it more or less likely that Barrett’s esophagus will develop.

Esophageal Cancer Is on the Rise

Although the majority of people who experience heartburn regularly will never develop Barrett’s esophagus or esophageal cancer, some will. Adenocarcinoma is increasing in frequency, making it more important than ever to have heartburn symptoms checked out. Early symptoms include common digestive problems such as heartburn and reflux along with abdominal pain, difficulty swallowing, unexplained weight loss, vomiting, fatigue, chronic hiccups, and chronic cough.

The biggest reason for worry is that experts don’t know exactly what is causing the increase in adenocarcinoma cases. The increase has been seen mostly in white males, with the average patient being 67 years of age.

GERD symptoms aren’t always a reason for concern. Sometimes they occur because of diet or obesity. Eliminating carbonated beverages, caffeine, and fatty or spicy foods helps some people. Losing weight if needed and maintaining a healthy weight can also help. Although antacids might initially give relief, they don’t offer a long-term solution. Anyone with persistent heartburn needs to have their condition diagnosed.

Get the Answers You Need for Your Heartburn

The primary symptom of adenocarcinoma of the esophagus is usually difficulty swallowing. By the time this symptom occurs, the cancer has often spread to lymph nodes or other organs. Even though the disease is more common in middle-aged men, anyone can develop Barrett’s esophagus or cancer of the esophagus. Until experts understand more about the cause, everyone should consider persistent heartburn as a potential symptom of esophageal disease.

It is in your best interest to have the cause of your heartburn symptoms diagnosed. Even though a small percentage of people with heartburn or reflux ever develop Barrett’s esophagus or cancer, even a small risk is too much to ignore. Contact Needham Gastroenterology Associates today and schedule an appointment. We are here to help you understand your symptoms and provide you with the best treatment for your condition.