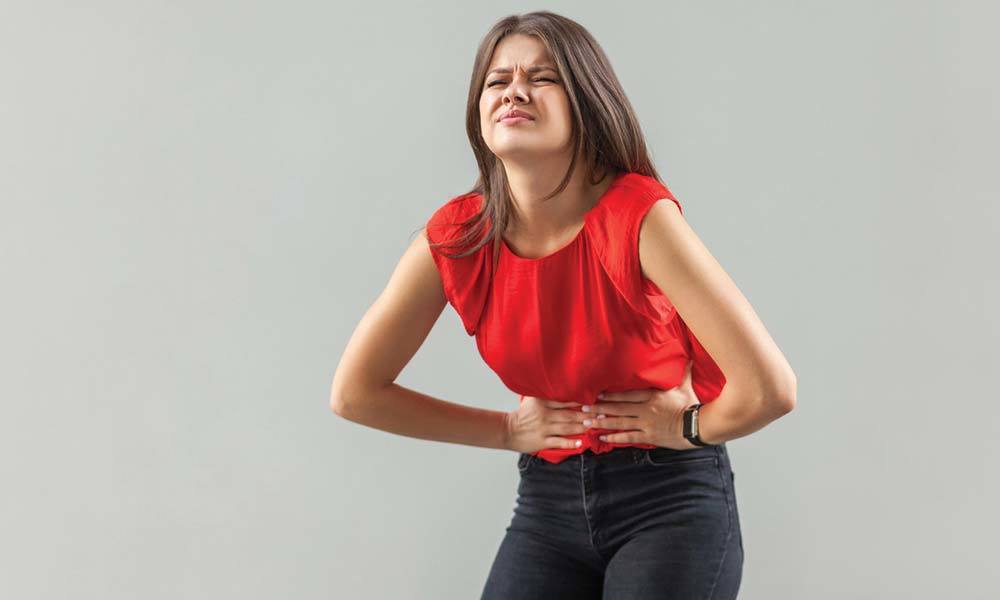 Nobody likes to feel bloated; it’s a truly uncomfortable sensation that can make you feel like a straining balloon, ready to pop. And of course, a typical companion of that bloated feeling is gassiness, a state of being that always has you on the verge of committing one of genteel society’s two major social faux pas: belching and flatulence.

What is bloating? And why does it seemingly happen for no reason? The most basic definition is the sensation of having an unwelcome increase in abdominal pressure. In other words, it feels like something has expanded inside your abdomen. There are many different reasons why you might be feeling this, and that’s part of why it can be so disconcerting; humans are generally emotionally distressed when something is happening to their body that they can’t explain.

Abdominal bloating can be both annoying and disruptive to our lives; people often feel down or lethargic when they’re bloated, and they don’t want to participate in social activities. And while the cause of bloating for most people is usually a mild or non-serious issue, it can also be a sign of some medical conditions that are more severe or complicated.

Once you know the potential cause and how it fits your particular set of symptoms, there are a number of steps you can take to either bring relief or even prevent it in the first place. Below are some of the possible reasons you might be feeling bloated and gassy:

There are, of course, a wide variety of other potential reasons you might feel bloated. Some conditions, like liver disease, can actually eventually be brought on or be exacerbated by some of the more common causes. The good news is that only being bloated is very likely an isolated incident that can be treated with a variety of home remedies.

How is Bloating Treated?

Many of the potential causes above have an implied course of action in terms of treatment; for example, if you tend to overeat, an improved diet that includes eating smaller meals is virtually guaranteed to help you avoid being bloated.

But if the “damage is already done,” so to speak, then there are several different options for how to feel better quickly:

As discussed earlier, the vast majority of people who are experiencing bloating will see it resolve itself in relatively short order. But if your bloating seems to come back to haunt you on a regular basis, it might be time to reconsider some diet and lifestyle choices.  If you have been experiencing bloating in addition to numerous other symptoms, it would be a good idea to consult a doctor. Contact Needham Gastroenterology Associates to make an appointment with a skilled gastroenterologist.